Inspired by skinny grass track racers and a tribute to the racing bikes of the 1920s to 1940s, the Speedster is the second part of Uwe Ehinger’s speedbike trilogly that began with the Ehinger Kraftrad Snowracer.

The Speedster features a traditional 45° engine that looks like a Harley-Davidson Knucklehead at first, but is quite different upon closer inspection. Uwe Ehinger designed the Knucklehead cylinder heads with CAD software to fit the 1937 four-cam bottom end of a side valve Harley Davidson U. Other technical gems are the ohv-heads which feature an open valve train and the rockers which are machined out of a solid block of aluminum.

The extremely narrow 1“ primary belt transmits the power to the dry clutch of the Harley-Davidson four-speed transmission. The reward is a unique V-twin engine with 1200 ccm. The concepts for all other details were first designed on CAD and then built with the support of several great co-operation partners.

To achieve an appearance that is reminiscent of the grass track racers of the twenties to forties that were incredibly narrow, the tail section of the Speedster was narrowed and the rigid frame was modified from the original two tubes to a single downtube. The Springer fork was also narrowed, the dogbones are designed by Ehinger Kraftrad and the top clamp is machined out of a single block.

The oil tank, which appears to be missing, is integrated into the glittering banana seat and part of the frame serves as additional gas tank as the capacity of the main tank is rather small. The racing number plates feature the engine‘s original year of construction and the 22“ rear tire is equipped with a psychadelic wheel cover.

Bending the category a bit, the Ehinger Kraftrad Speedster was awarded “Best Flathead” at Born-Free 7 where Uwe Ehinger was the first ever invited builder from Germany. 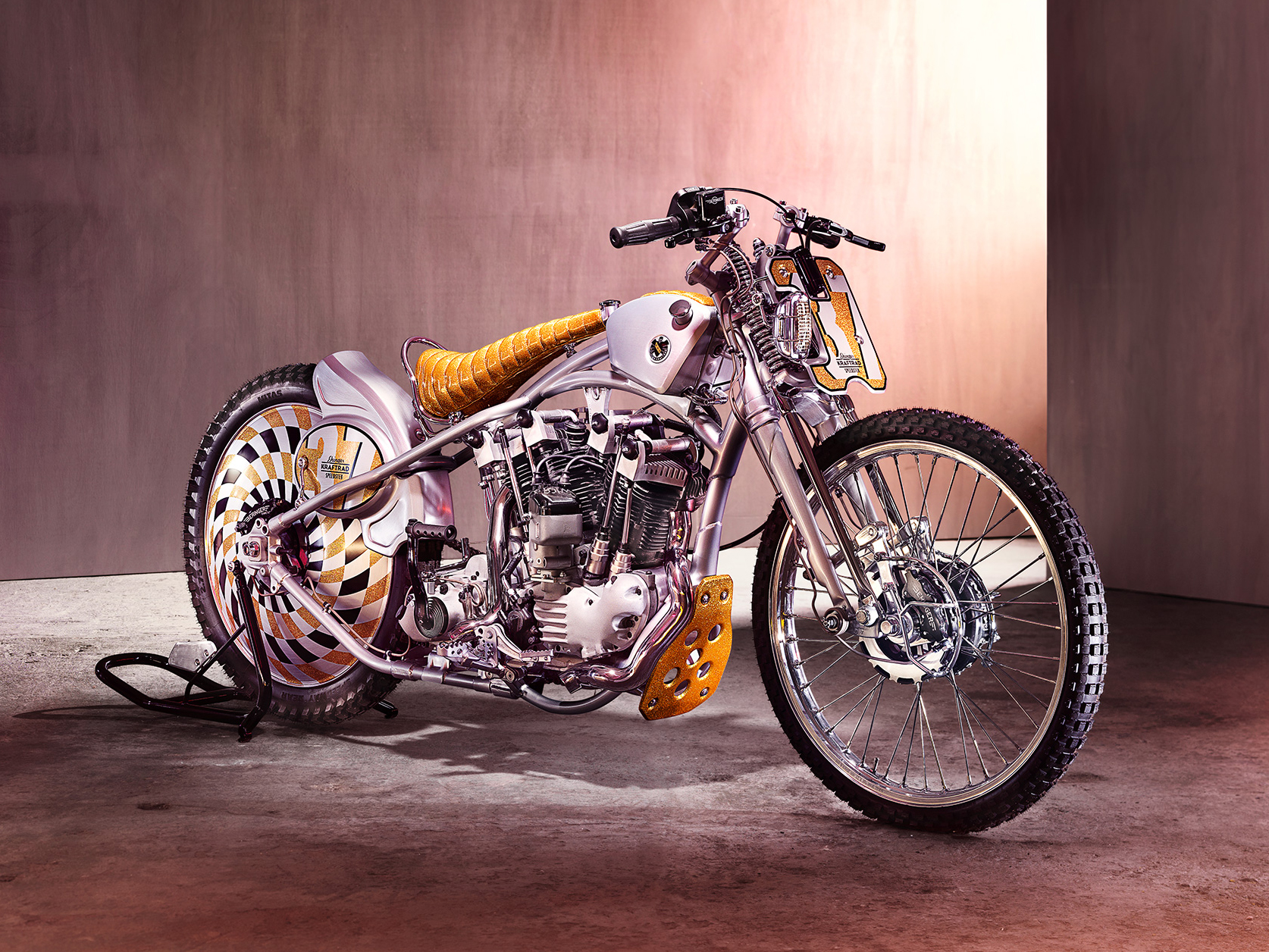 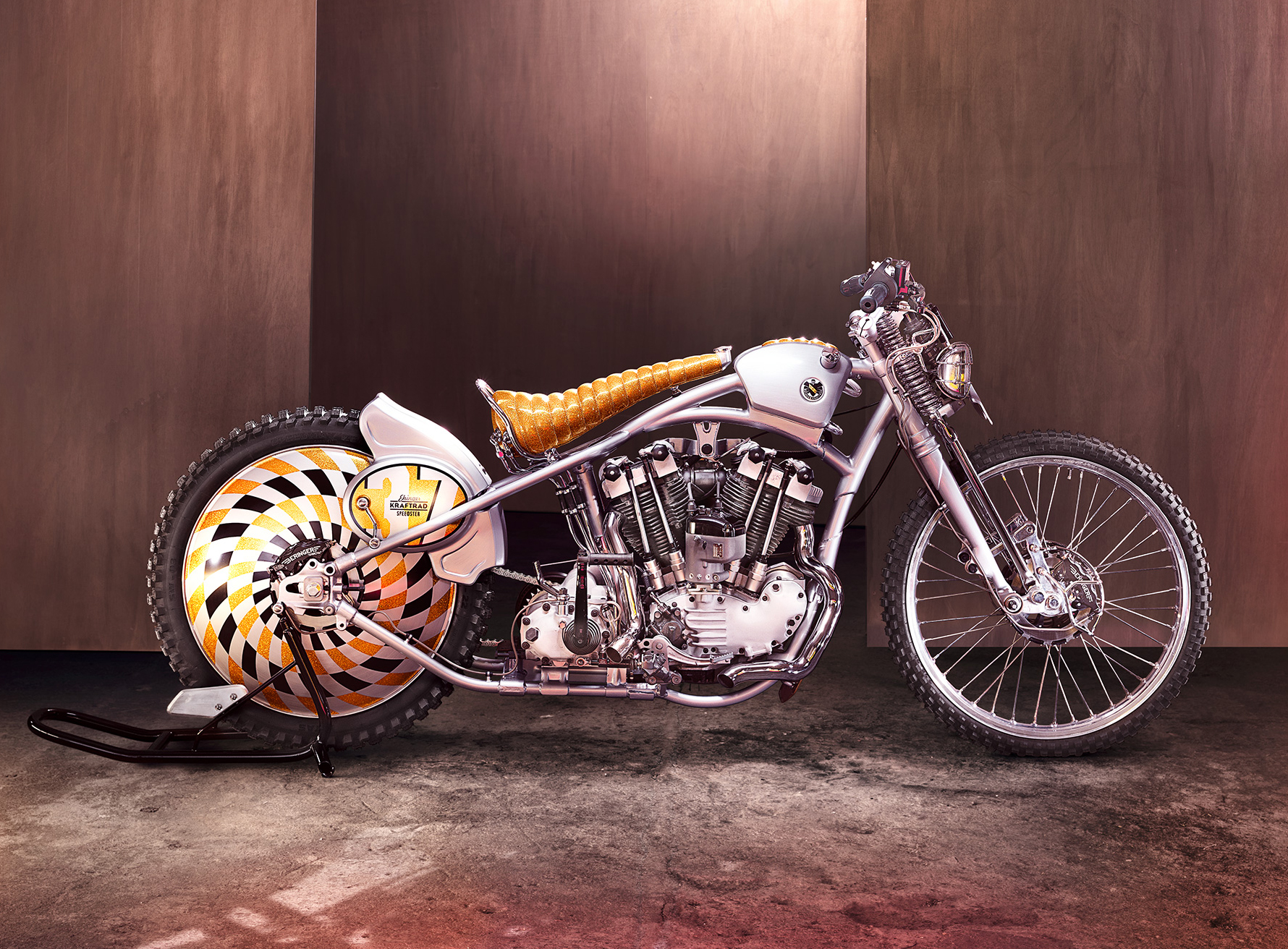 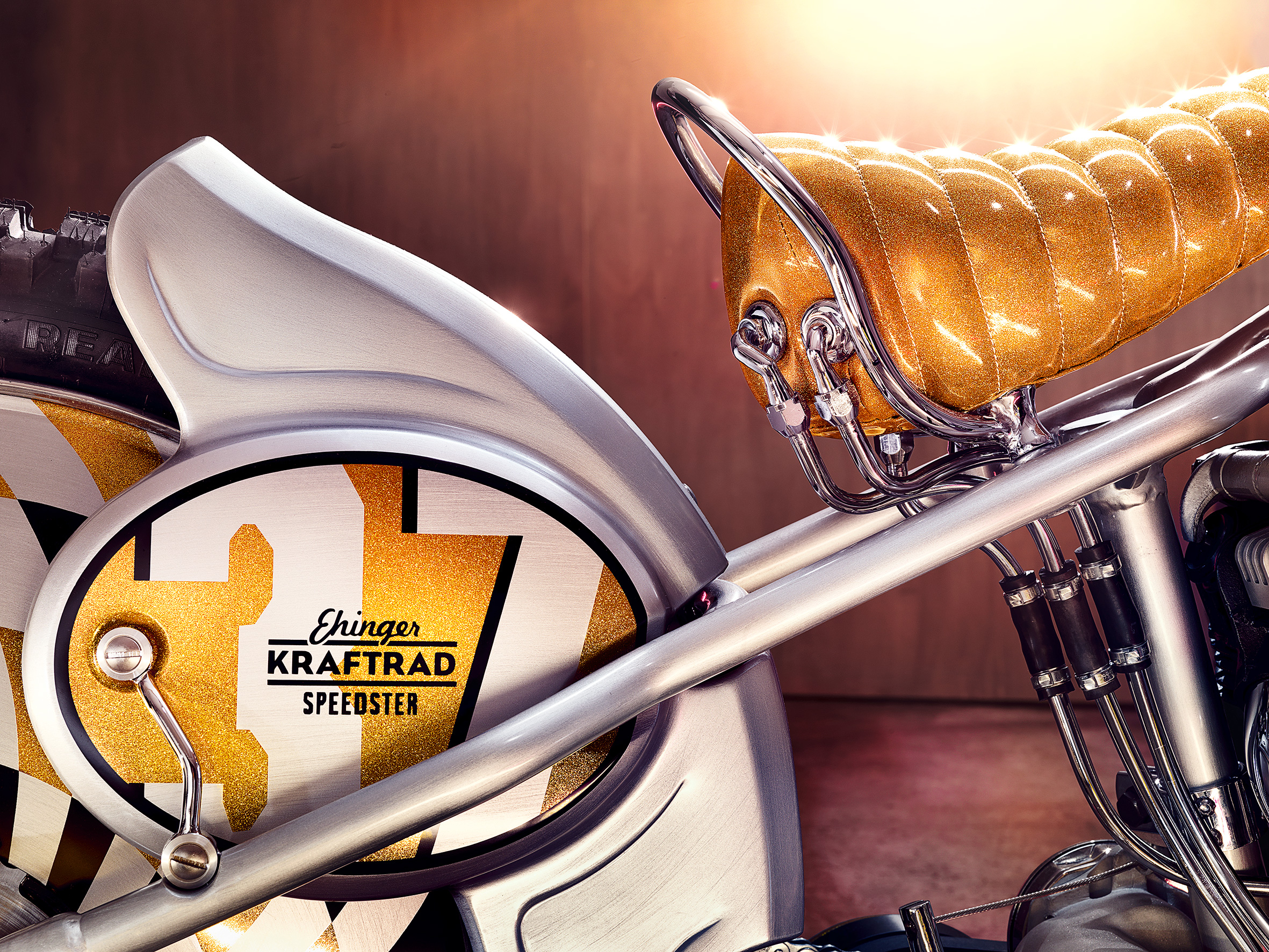 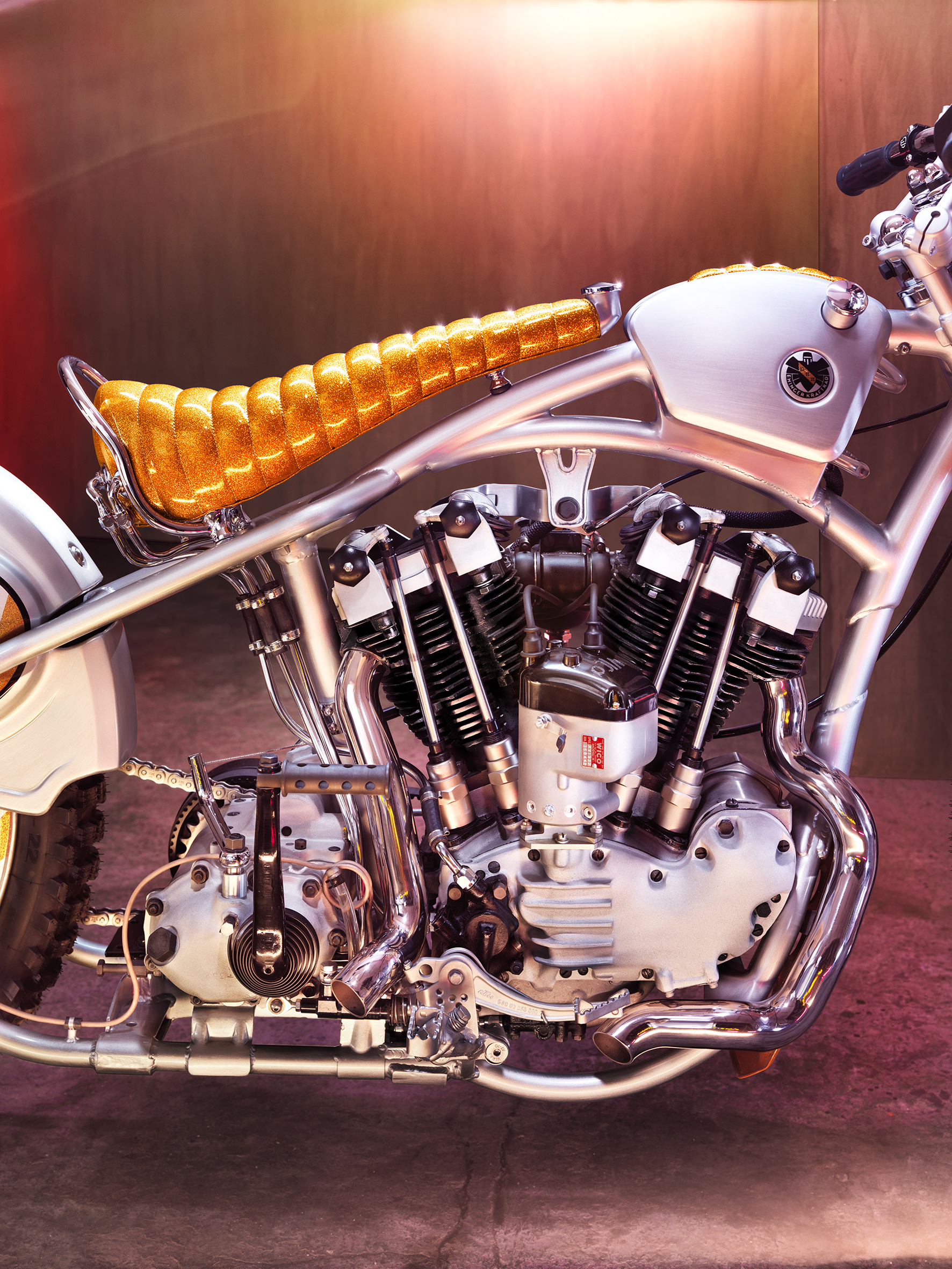 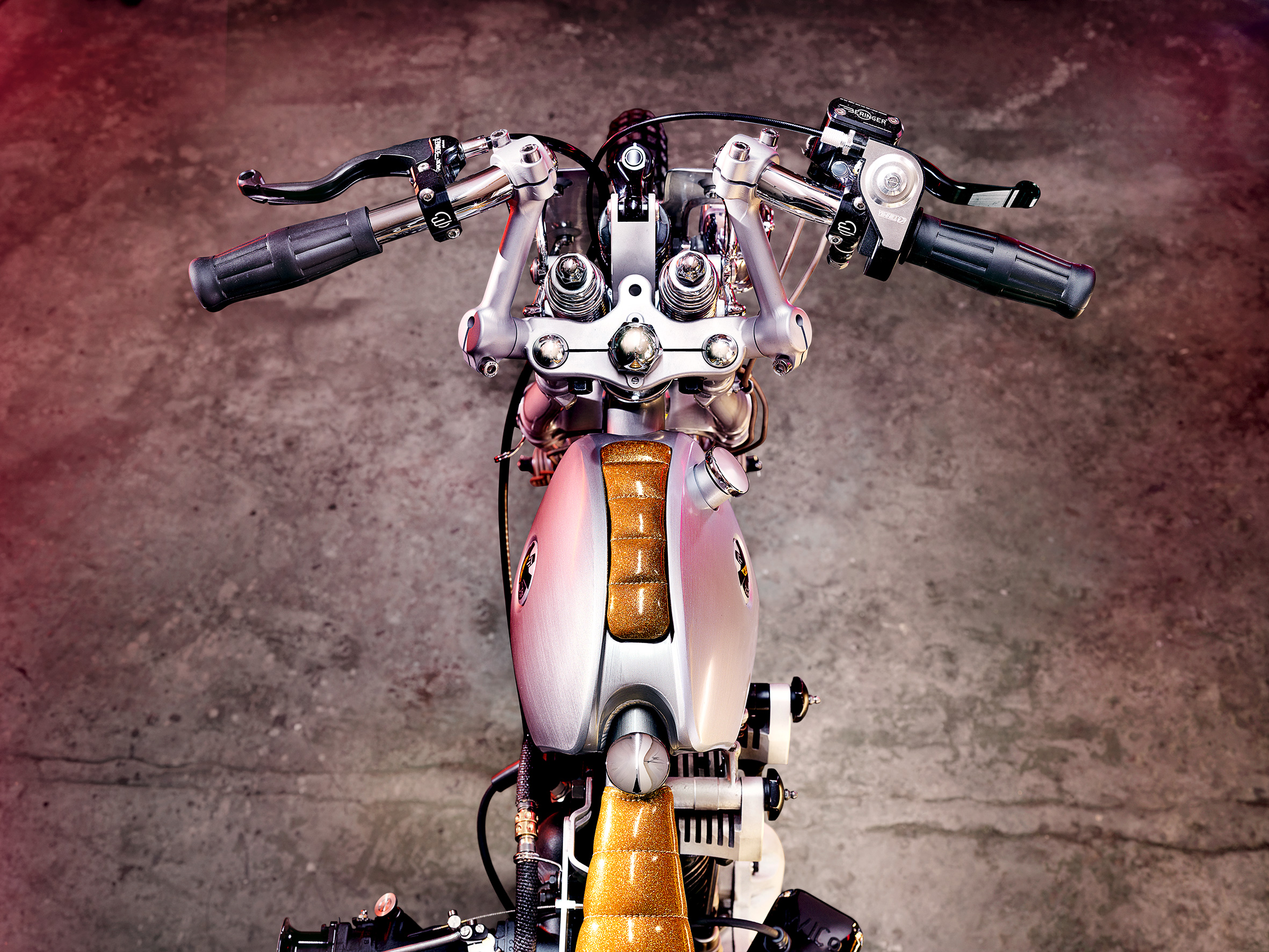 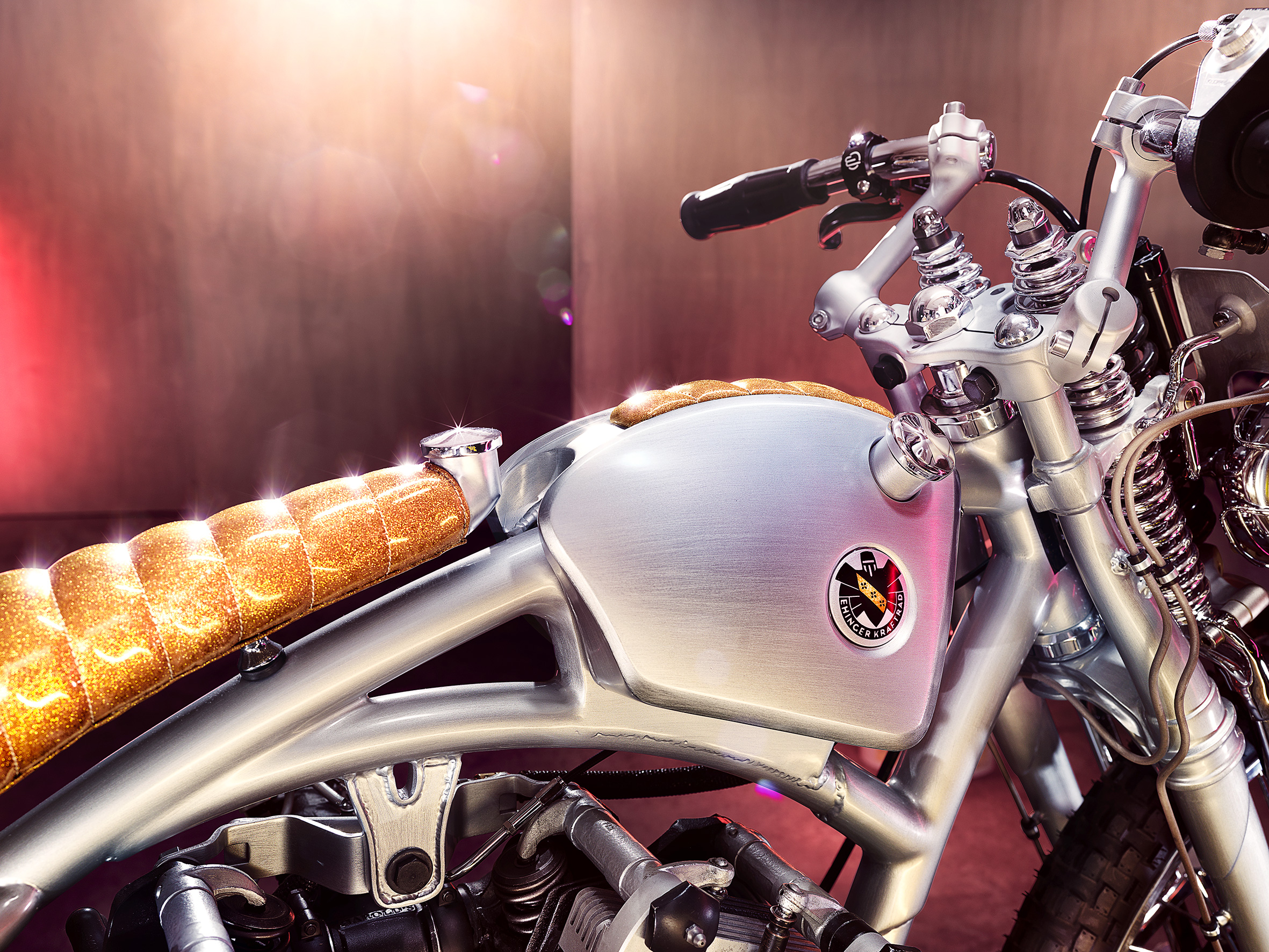 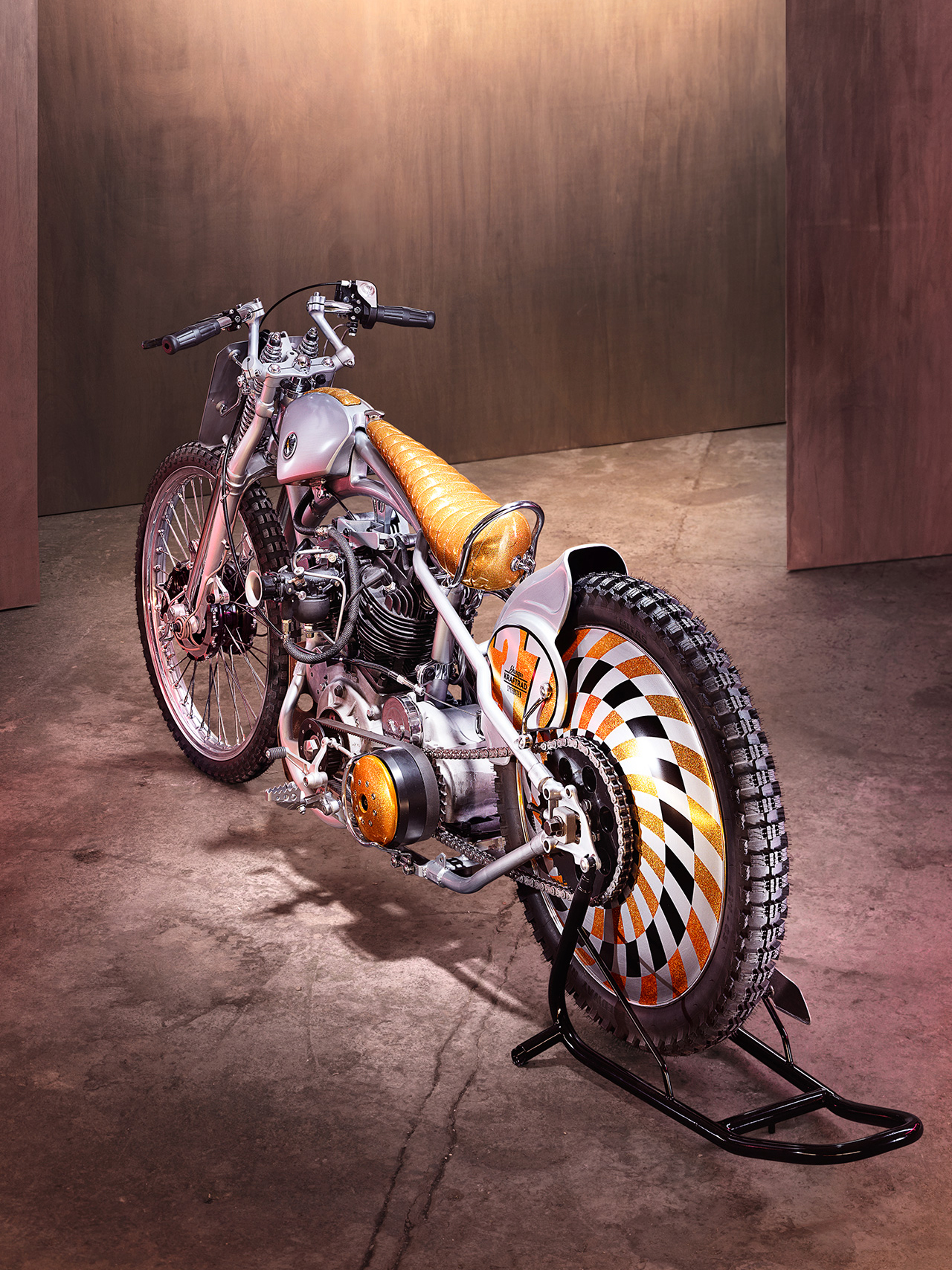 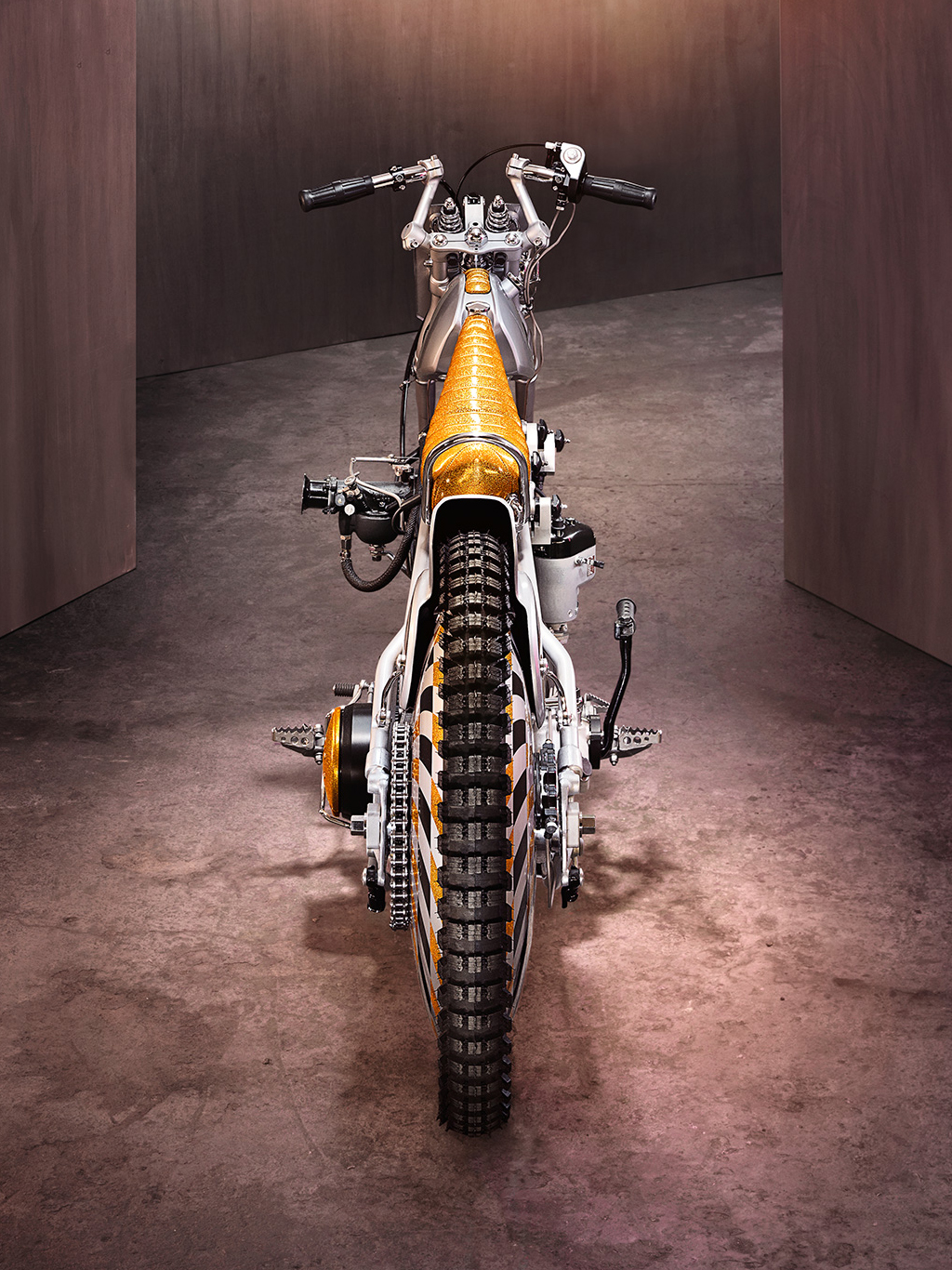 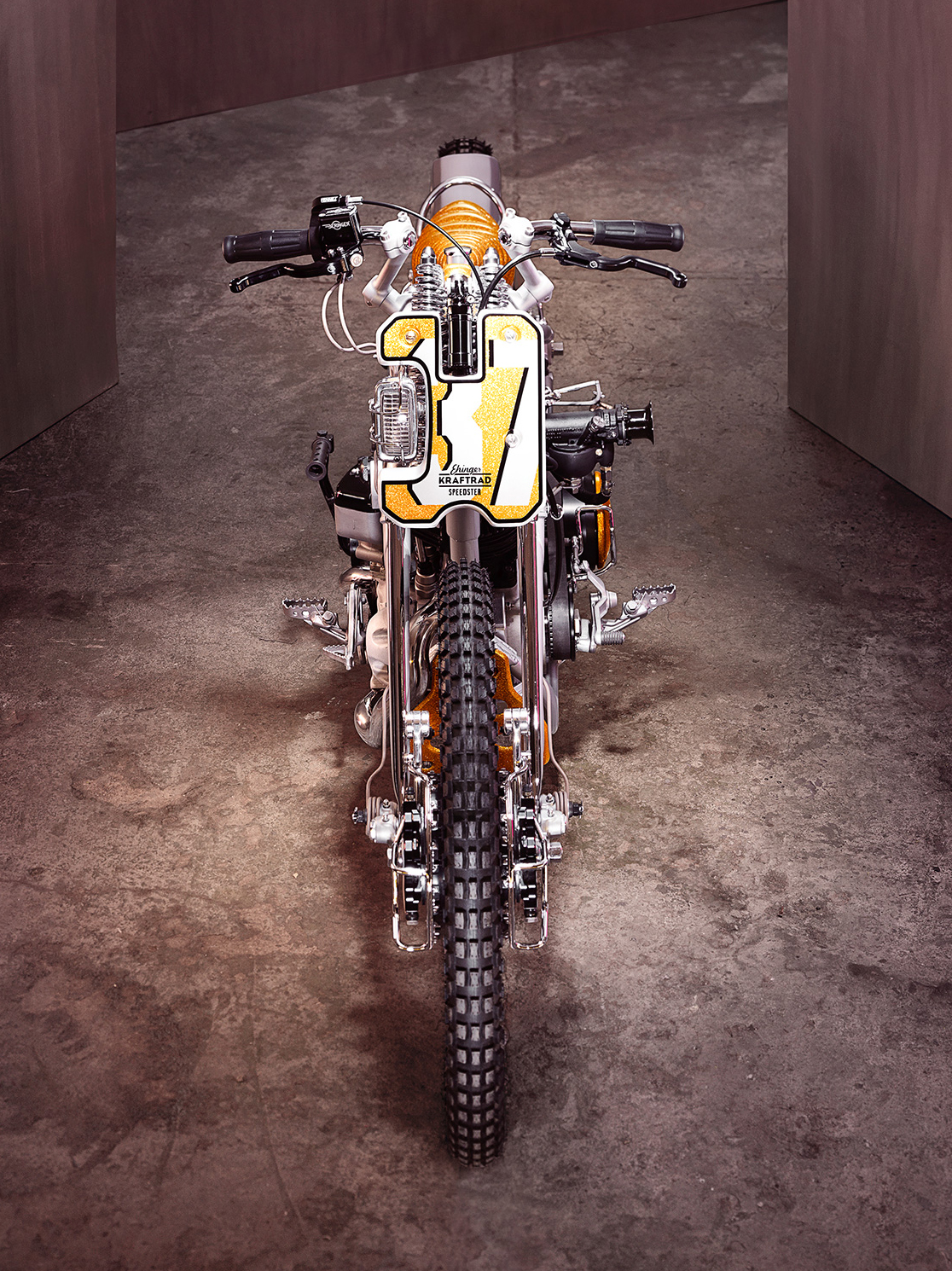 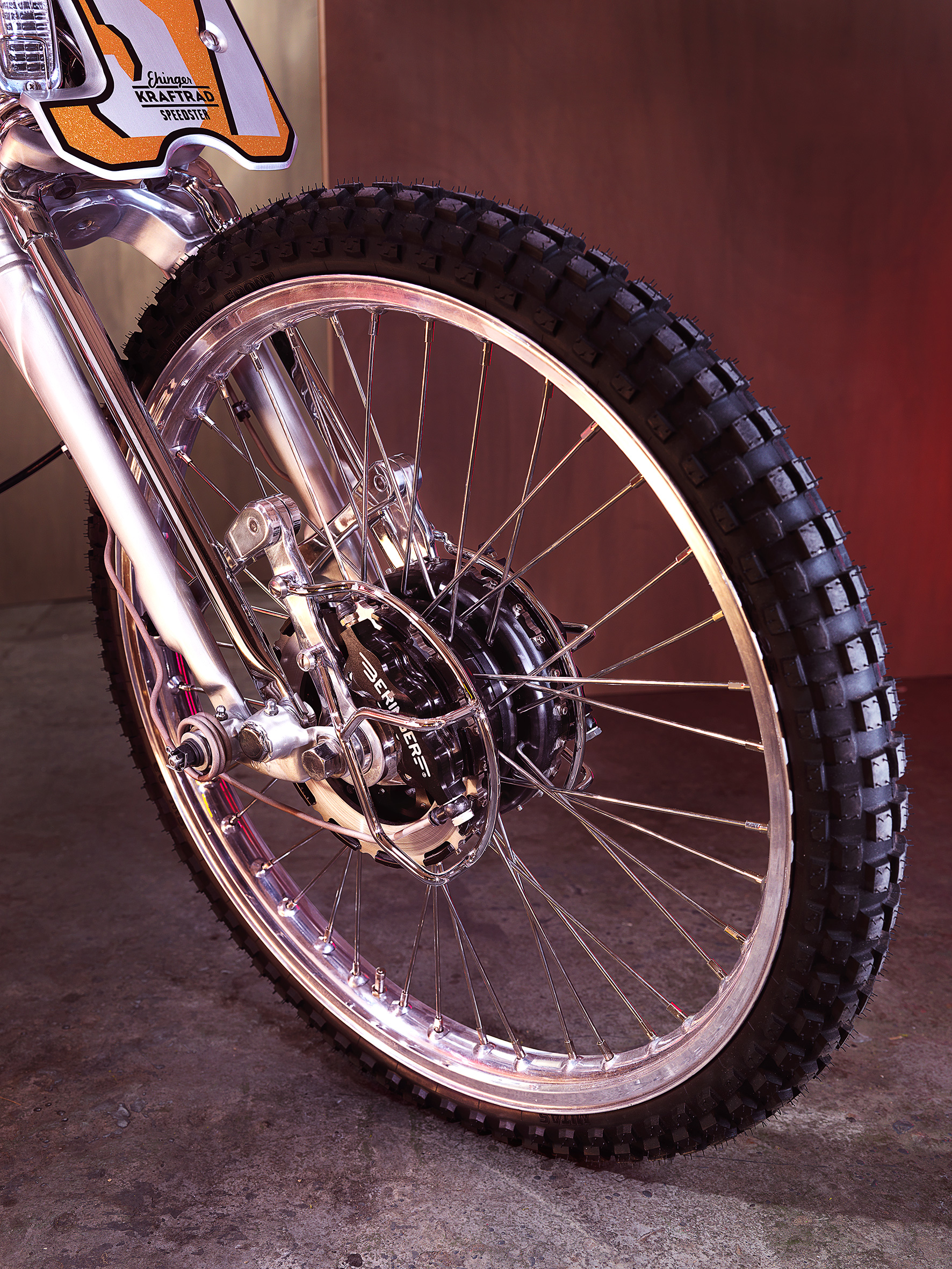 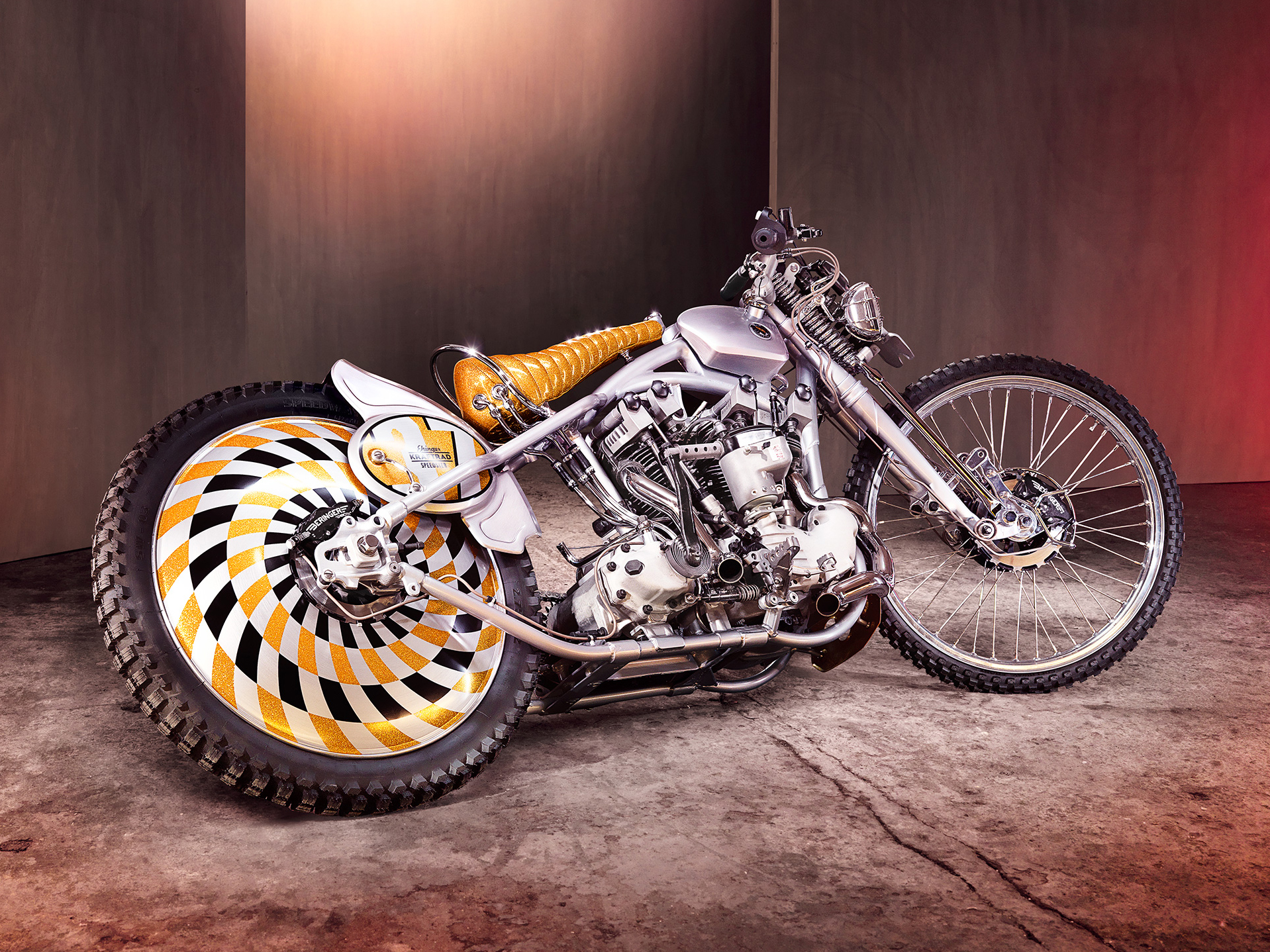