A big wave of enthusiasm.

We have been invited to Wheels & Waves in Biarritz, France. Its a meeting that started a few years ago as a gathering of the Southsiders MC and has been developed to an internationally renowned festival for bike builders and enthusiasts.

A historic hall was the spectacular place for the „Art Ride“, an exhibition uniting bikes, photography, illustrations and all artful aspects of skating and surfing. Luckily our Snowracer, the black 1940 U Model Flathead and photos from our book „Rusty Diamonds“ were part of the show and lead to a lot of detailed conversations.

Picturesque meeting point for anyone interested in bikes and riding was the Lighthouse, bringing together more than 6.000 people for a few days. Not only from the neighbouring countries, but from Scandinavia, Algery, USA and Japan enthusiasts came despite of the travel. And so finally 2500 bikes filled Biarritz and it’s outdoors with good vibrations.

It was obvious that especially the younger generation was attracted by all these bikes – no matter what brand or how many cubic inches. It’s the motorcycle itself that counts for the new biker crowd – and a good ride, thanks to good ideas like the Southsiders MCs Wheels & Waves. 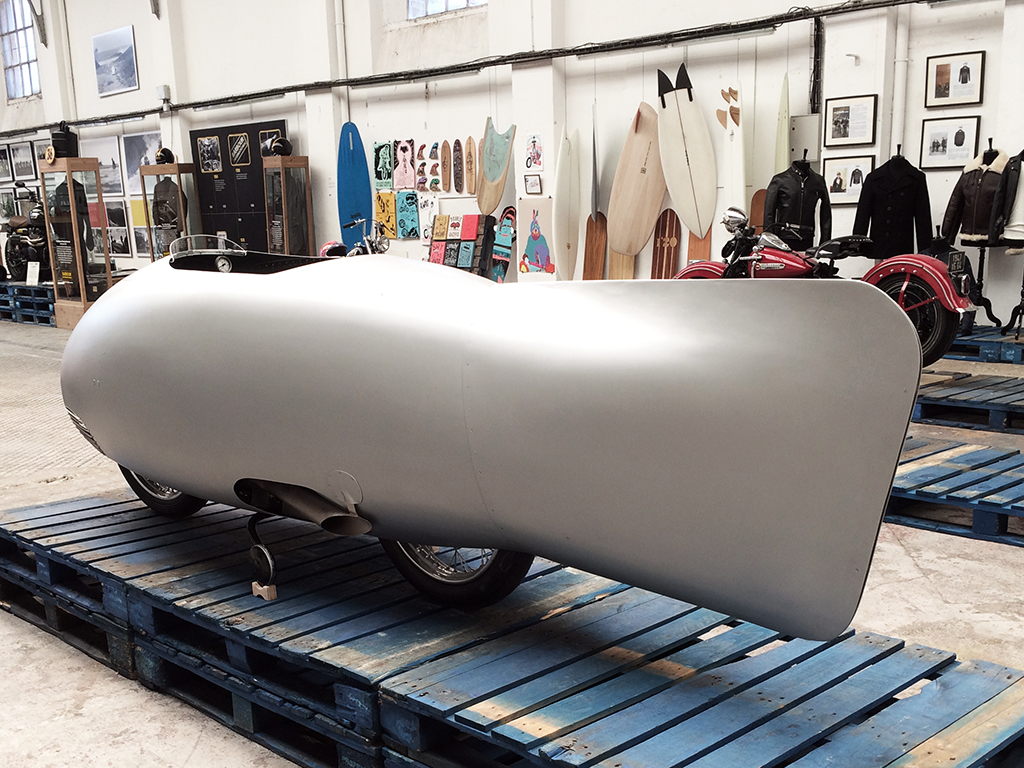 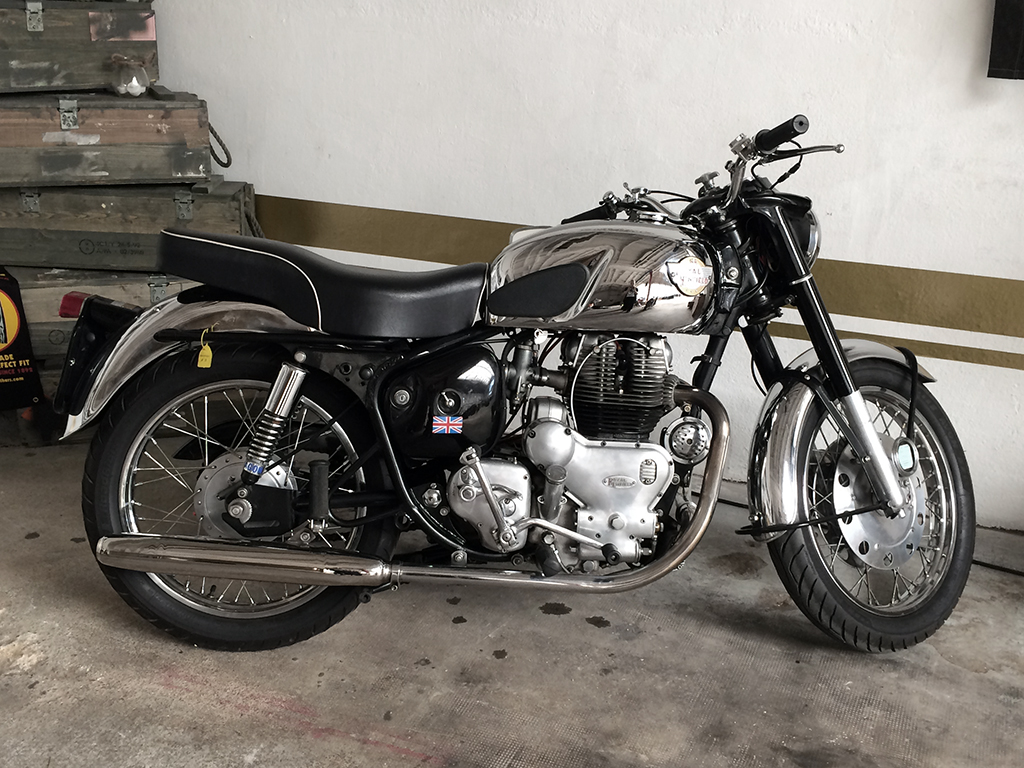 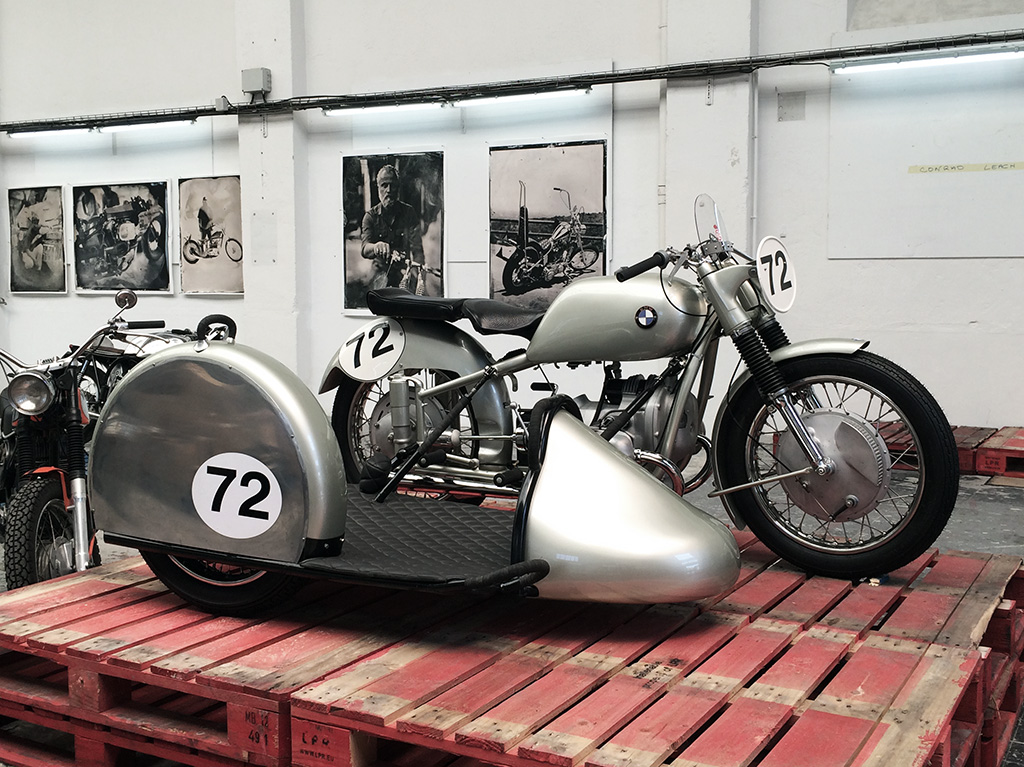 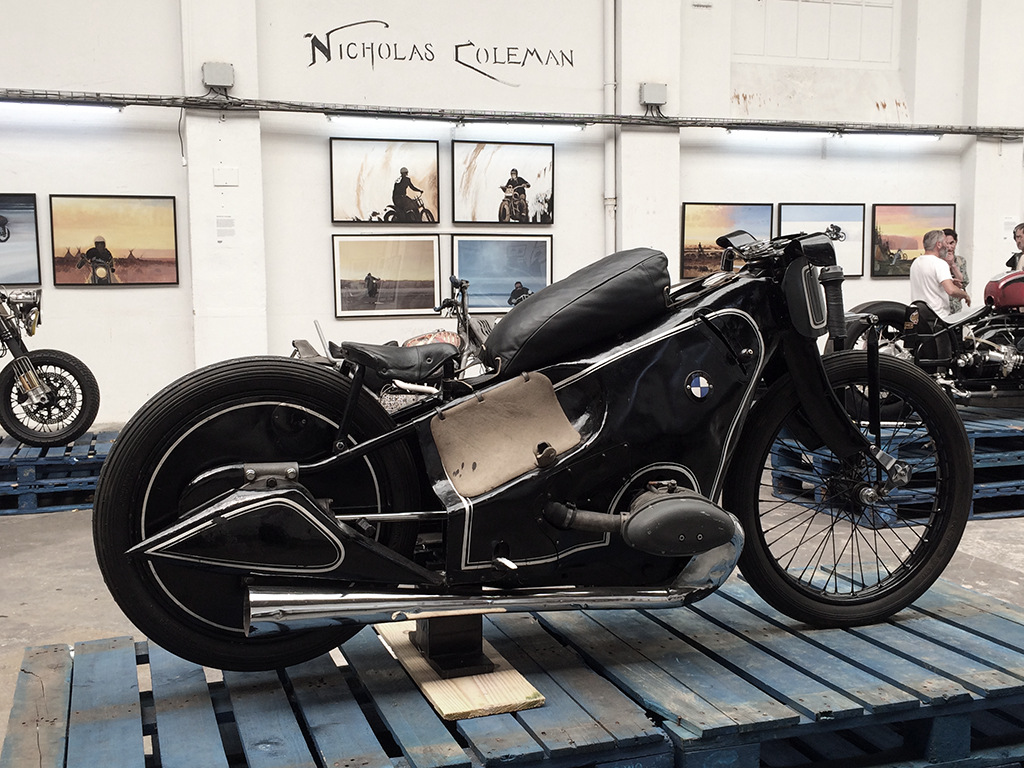 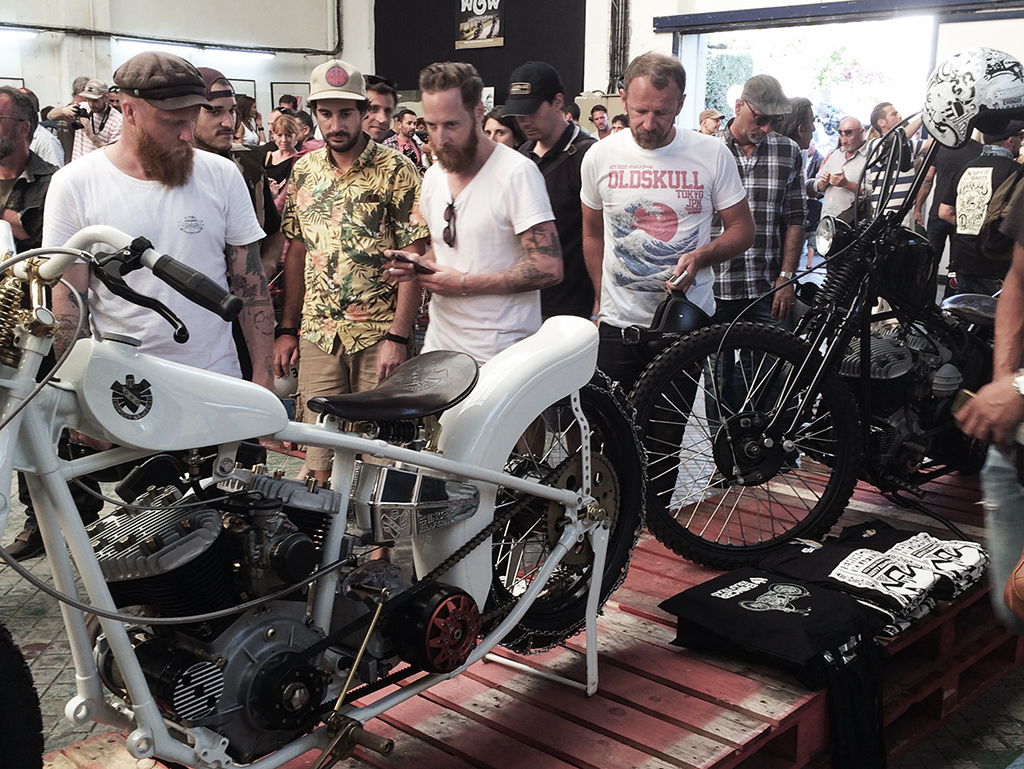 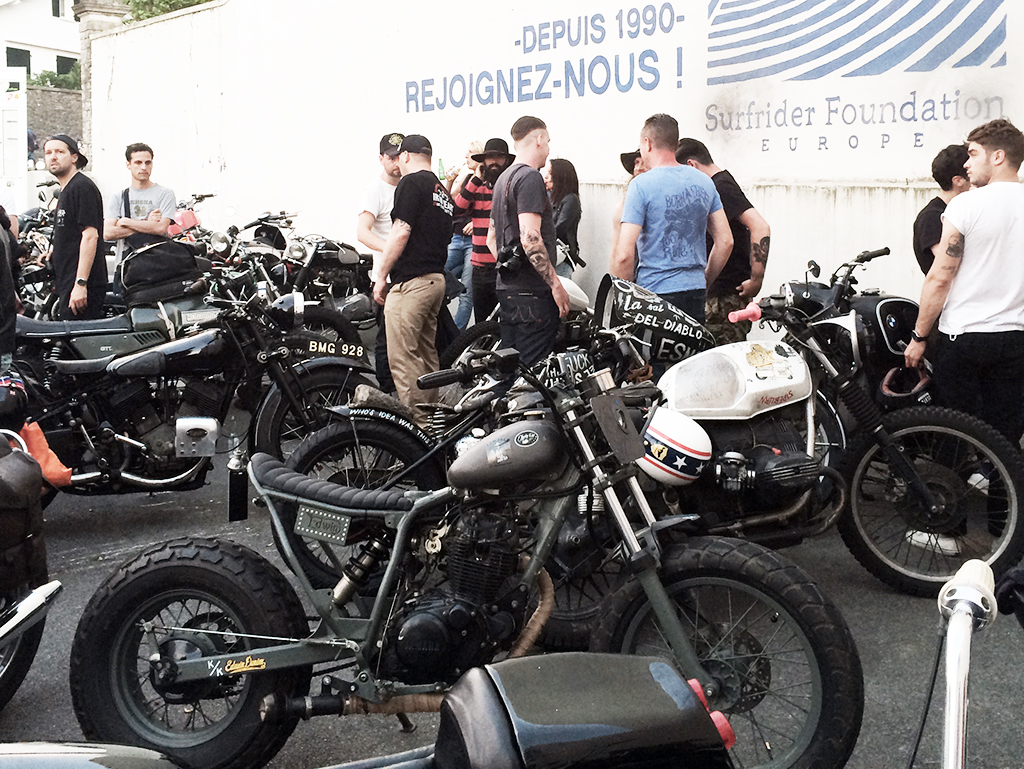 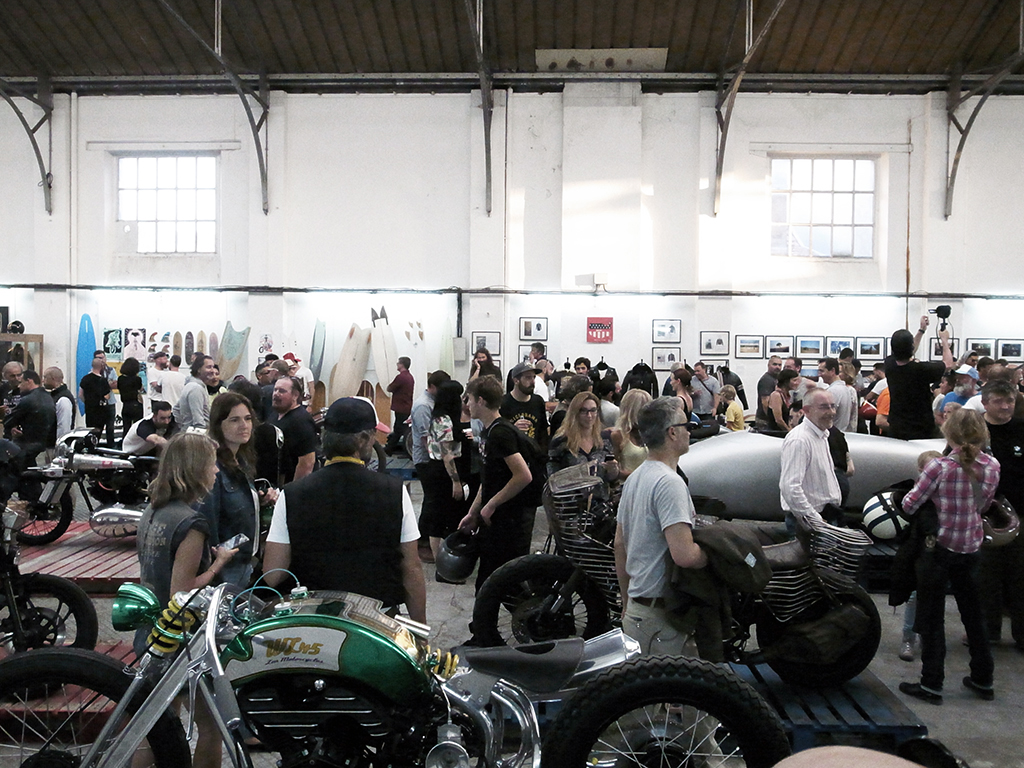 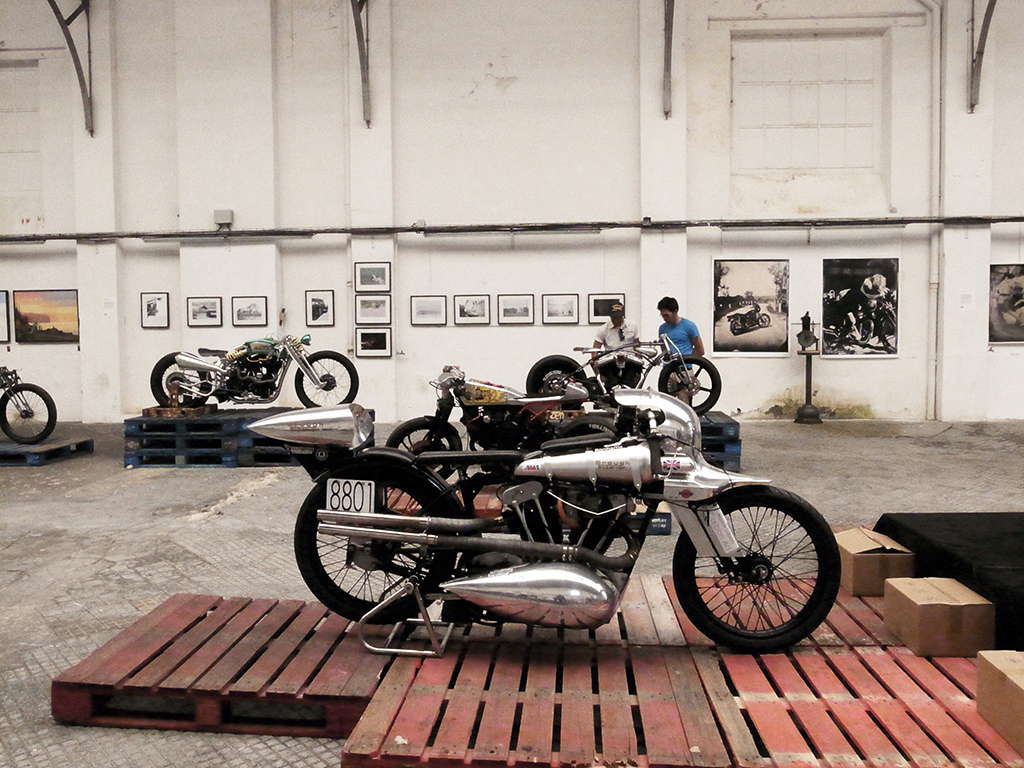 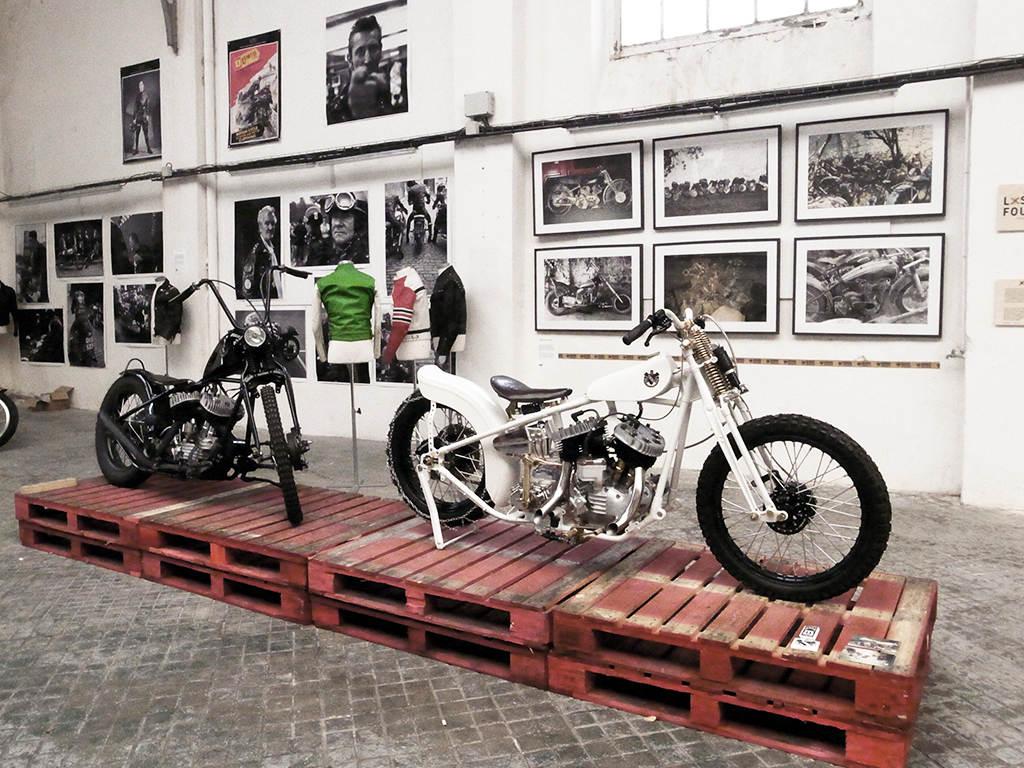